One man critiques many males using femaleness as a put down. Others see that one man as slurring against all men.

Why is it so easy to say that the critic impugns all when he observes a culture of many impugning many? Why is it so hard to observe that culture is formed by many hands making cruel work?

I think women have much to answer for when it comes to sexism. Against men, in some share, and certainly against women. But what of us men? Do we not have a responsibility to recognize our social power, be we European or Asian or African in descent, when most of our ancestors defeated and brutalized women? Is this to be a self-soothing performance of guilt and false humility? No, but we can still recognize our inherited, unearned power, and act accordingly.

And does this prevent us from seeing tyrantesses and confronting them as well? I don't really think so.

I'm a feminist. I believe in women's equality with men, at least as a whole, while individuals of all groups will surpass others in multiple forms of quality. I don't see manhood as something to apologize for, and I don't think Crow does either. I just think it can be--in many if not all venues--a power differential for which to account.

Anarchy Readings for This Guy: April 2012

I would recommend Alamut, by Vladimir Bartol. I hate recommending works, because I think most people find things so differently. I've seen enough people sleep through films to realize that we have our times for works. After all, I slept through Lawrence of Arabia, The Godfather, and a number of other works as an adolescent.

But-- My point is that Bartol is interesting where he has Hassan-i-Sabbah, leader of the Assassin cult, ponder his own weakness in the world. In a few brief paragraphs, he muses how easily his servants might kill him. And then Hassan moves on, sprinting toward his plan's end. I like the book. Its questioning of lies and truth, illusion and faith, love and heartlessness, makes it timeless. I'd recommend it. It was a sad read in parts, puzzling in parts, frustrating at others. A little bit of Near East knowledge helps, I suppose.

And I also read The World that Never Was. And it was good, as well, if just as fantastic and a little sad. Some readers complained about his strong use of narrative to thread the story together, but I think Butterworth succeeded in tone and story as much as he could have. He tracks dozens of figures through four decades of political history and comes to the round point of the defeat of the first generation of anarchism after infighting, betrayal from the left, and infiltration of its ranks by agents provocateurs of the established powers. He shows their refuges dry up and their foes claiming their very names, in the case of the Soviet Union and the Maoists, who view themselves as successors or supercessionists of the Communard/anarchist cause. It ends sadly, but there is a sequel, of course, in Anarchist Catalonia. I've already read Orwell's history of that time--and everyone who claims to think about politics should--and I'm looking forward to reading more.

And from IOZ I have a new thought to read Rand. Haven't touched her in a decade. Maybe it's time for me to finally quit my bigotry and get around to reading her. A free or used copy of Atlas Shrugged is in my future. God help me.
Posted by Cüneyt at 11:45 PM 2 comments:

We All Want to Change the World

It works for me.

It works for me.

So let the world rest 'til tomorrow. Let the world alliance of the people who till the land and watch the babies and fish the waters rise.

Act as if tomorrow's now. Act as if you're a brother or sister of all others. Act as if--no, live like it. Because it's true. Or if nothing is true, then live like it because it's a pleasant way to be. Infinitely better to be deceived and lied about and hurt and wounded than to do the same first. No need to be some penitent or some sacrifice. Defy, grit your teeth, growl. And refuse to join in their game.

Maybe in this world we'll first appear as fools, outmaneuvered at times, surprised at others. Maybe we'll grow tough and defend ourselves in new ways. Maybe we'll still be hurt. Maybe we'll be killed, maybe they'll take our babies away through deceit and law, maybe they'll denude us and rob us and say we're monsters but that doesn't mean we'd be any less guilty were we to behave like others, were we to play at petty Caesars and treat our fellows like subjects, shaking the weak to their knees so that bigger men than us can keep sweeping up.

I've been lied about, and I've been attacked, and it's gotten dirty, and it's gotten sad, but I have only to tell myself and hear my dear ones tell me that the truth will out and the right will win. And I whisper to myself that they may be wrong and I may be wrong and the evil of the punitive will win, that the cruelty of the self-righteous will see me broken and weeping, having lost everything.

But I will not lie. And I will not cudgel or persecute. I will not do what's been done to me. I vowed that long ago about my father, and I never thought I'd have to swear it again. But like I've said, the state springs eternal, and it's in us, and the one who shares your bed can be your tyrant in a month. And you'll wonder if you shouldn't treat them like you've been treated.

But you decide to play it smart but play it right. Right, wrong... I don't even believe in these in the cosmic sense. But what works for me works for me. I want to go back to singing of the world. I want to go back to talking about the fraternity of man. But right now, all I've got is what works for me. It's not honor. It's not justice. It's not benignity, either. It's just what makes me able to face me, what makes me feel that our children will still be able to face me, year after year. It's all I've got, and it's hard to keep it. I'd like to act like a dog, but this works for me, and that's it. No truth bigger than that.

I hope I never judge a man for the smallness of his vision again. I've not known until now exactly how small are the traps through which some of us have squeezed.
Posted by Cüneyt at 2:18 AM 10 comments:

Even those of us adhering to the view that this would be a welcome and desirable end tend to wax modestly apocalyptic about the period of transition. And yet, one wonders: would it actually be so? What if all the congresscritters in the world, the generals and general secretaries and unpaid unofficial advisers and MPs and CEOs and chiefs of police got ganked up in some kind of reverse rapture tomorrow? How long would it take the rest of humanity to notice that it was supposed to be helpless without the offices they all occupy

It is my thought, as I said there, that statelessness is not the problem. It is the preservation of statelessness that is the problem. Leadership is in us. Rule is in us. All it takes is one bad harvest, one angry leader, one whatever-the-fuck in the next village, to make people consider theft of the idyllic fishing town. After all, there is no morality. Why not take what one does not want to make, or cannot make, for oneself? Consider human history. Have we really changed?

So the village gets dominated or fights off its enemies. And what of the defensive fighters? Say, in a generation or in ten minutes, they decide to levy tax in order to feed themselves? After all, they say, we are focused on preserving the lives and livelihoods of others.

The state is not a static thing. It is a process. It is born through human interaction.
Posted by Cüneyt at 12:51 AM 6 comments:

It rhymes in Turkish, my grandfather told me, but it'll have to do in English. He never taught us his mother tongue.

"Call the bear 'uncle' until you have crossed the bridge."
Posted by Cüneyt at 11:54 PM No comments: 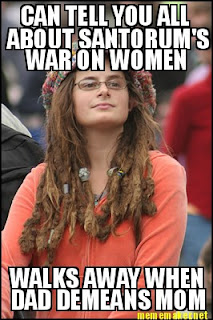