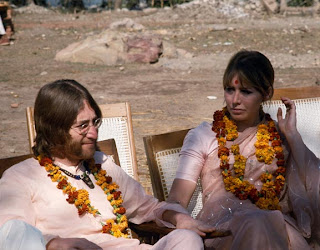 Got praised for my honesty last week, so don't be surprised if that's the plant that grows.

Honesty. Tons of fucking markets for that shit. Nobody tells the whole truth, and definitely not at once. But if you're a talker, like me, and you're a thinker (and we are all thinkers, make no mistake), you got a lot of things to export in addition to that hunter-gatherer sense of body, energy, material.

Some men are really going to bristle at the production of trash, waste, and corrective labor. We rip seams, produce soiled laundry and linens... All this has its reflection in what we consume. Some men really don't know how to feed themselves. They're like babies.

I'm not like that. I get around to cleaning my own shit. I travel light in terms of trash anyway (at least by my very spoiled Western mode of consumption; I know I don't act the pauper on a global scale). No, it's the other goods and services that I produce that have no real meaning any more. Out of context, I continue to manufacture body energy, semen, dead skin cells that flake off in vigorous movement against other people and things, coy looks I imagine are sly, less coy looks that immediately convey need, hunger, desire to cling.

There are ways to satisfy these and all the rest, I know. I can go running, feel a cold wind against my skin and through my hair. I scratch upon waking, like many men, but I end up rubbing my arms and my elbows, my shoulders and my legs. Only fingers that feel me anymore. That sounded self-pitying, but it was intended more neutral. Even my wife, whom I remember at certain points of our relationship showed more affection to the cats upon returning home than she did to me, had been more physical than loneliness. And she got better. You tell people you're physical, and they get a little bit more out of their depressed distances and their Northern Anglo body space patterns, or rather they become different if they're willing to and feel you're worth it.

But then you walk away and you've got scratch your own itches. Or learn to deal with those itches you don't like to scratch for yourself.

Arranging to get those scratched is where I get into influence and persuasion, which I've discussed before. As far as having those needs, some will say we're socialized to depend on others. Some say we can satisfy all our needs and that it's merely a matter of figuring out or learning how.

I say I do not see anything more natural in self-reliance or mustering others to our service, mutual or otherwise. There are healthy solitudes and poisoned ones. There is mutual coexistence and tyrannical modes and passive-aggressive, furtive, diseased, confused, erratic, and unpredictable modes.

And I have many, many positive relationships. And I have a few healthy ways of solitude. And then there are somethings I find myself with: a voracious intellect that wants to be tested; a sexual appetite that seems to have survived all the furtiveness, negotiation, doubt, self-disgust, and desperate resignation; and a social personality that wants every type of thing from others. In the meantime, in reality, away from the bullshit of words, I have a few empty seats. A few parts of me that still tingle in memory of amputation. I wait. For what? Not merely for replacement of old function. Not simply a placeholder. None will ever equal my wife in good or ill. I promise myself I will never be a fool and find another to do what she did. In the meantime, I keep my brain limber enough to imagine new friends, new dear ones, new people to understand and by which I might be understood.

In short, I am waiting. Waiting for what I don't know. I am simply a creature with appetites, some filled and others which I have long learned to hide.

God, I'm alone. And now I'm done with an intellectualizing distraction. Back to the day where my labor is my own.